Design Brief
This campaign was rolled out to inform the public of four new restaurants coming to the Atlantic City casinos. The challenge with this project was finding a way to present four very different restaurants in one single campaign.

Design Elements
Red is used as the main headline color because it grabs attention and stimulates hunger in viewers, enticing them think of the new dining options in Atlantic City.

Snapshots are used to mimic the resort nature of the city. 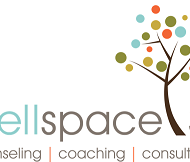 You have been such a dream to work with (seriously, you are my FAVORITE person of all of our people!!). I really appreciate all you’ve done for me and for Wellspace.