Posted in My Littles

I walked a year and a half in hell and then had the best day ever.

My second child, Isla, was far different than my first child. Isla was such an easy birth, the best baby, sleeping through the night at 6 weeks old, could take her anywhere, and was so calm. I joked that it was too easy to take care of two kids. After dealing with the drama of my first born, and then a difficult first year of follow ups with her, I was waiting for the other shoe to drop.

Of course, it did. Around 6 months Isla developed severe eczema. She stopped sleeping through the night and was getting up multiple times a night. The pediatrician warned that as we began introducing solids after 6 months, that we should try egg and peanut first, because they could be commonly associated with eczema. After starting a few veggies, we tried peanut. No reaction the first time… the second time, a complete break out of hives. Luckily though, nothing more, just hives. This was crazy… we had no family history and no instance of my first born, Riley, ever having any kind of eczema or allergies. A few days later we tried egg. No reaction. We gave egg again over the course of 5 days. The FIFTH day of egg trial she developed an awful reaction of hives, vomiting, and runny nose sent us on our first trip to urgent care.

We scheduled an appointment with CHOP allergy doctors. Soon after, I am now decked out with epi-pens at an arms reach, and realized that her risk for severe anaphylactic reaction allergens were more than just egg and peanut. Isla’s allergies also included dairy (milk, butter, cheese, etc), turmeric (pickles, rolls, crackers, jelly beans, relish, mustard, etc), and sensitivities to chili powder, kidney beans, cinnamon, strawberries, bananas, papaya, tomatoes (including ketchup and sauce), lemon, and she had reactions to preservatives in lunch meats, hot dogs, icing, and the like.

We took the advice of the allergist for a while and tried introducing baked dairy, baked egg, and we even took part in a recommended food challenge (which was an awful experience). Isla was barely a year old at this point and was visibly reactive to EVERYTHING. The allergist also suggested that I still continue to eat these foods because I was breastfeeding. Every time she’d nurse after I had something she was allergic to, her skin would flare up with eczema.

I think the very worst of her allergies was a meal out at a Vietnamese restaurant. Isla was 10 months old, and we packed her “Isla-friendly” foods so we didn’t have to worry about cross-contamination. Just kidding though, because after 5 minutes of being in the restaurant, Isla suffered a severe reaction from simply breathing in peanut and peanut oil that was in the air. After a very scary trip to urgent care, which included lots of prednisone, benedryl, and tears from mom we had to make a change.

At this point, I had to follow my gut. This wasn’t getting easier. It was getting worse. We went against the suggestion of our well-educated allergist who is doing ground-breaking allergy research at CHOP and did what we felt was right. The Goal: To completely eliminate the inflammation in my child.

The sensitivities were enough to have us avoid those foods completely. We simply stopped trying new foods. We didn’t dare venture to tree nuts because the proteins were usually common with peanuts. We took the foods completely out of the house, and completely out of my diet because I was nursing Isla. We had a dairy, egg, peanut, tree nut, turmeric free party for Isla’s first birthday. Thanksgiving required me to do all of the cooking so I didn’t feel uncomfortable letting Isla try anything. Do you know how hard it is to make green bean casserole with no cream of mushroom soup? And NO BUTTER on my Turkey??? Not to mention I was catering to my gluten-sensitive sister-in-law on Thanksgiving so it was all gluten-free too. Yep, no gluten in our stuffing.

At this point I am sure you are like, what the hell do you eat? Well.. Isla never had a reaction to black beans, chickpeas, meats, rice, fish, some low-histamine fruits and veggies. We became the definition of “clean eats.”

If you are an allergy parent, you can relate to the following thoughts that I had CONSTANTLY:

At about 18 months, I made more changes:

Can you guess what happened next? 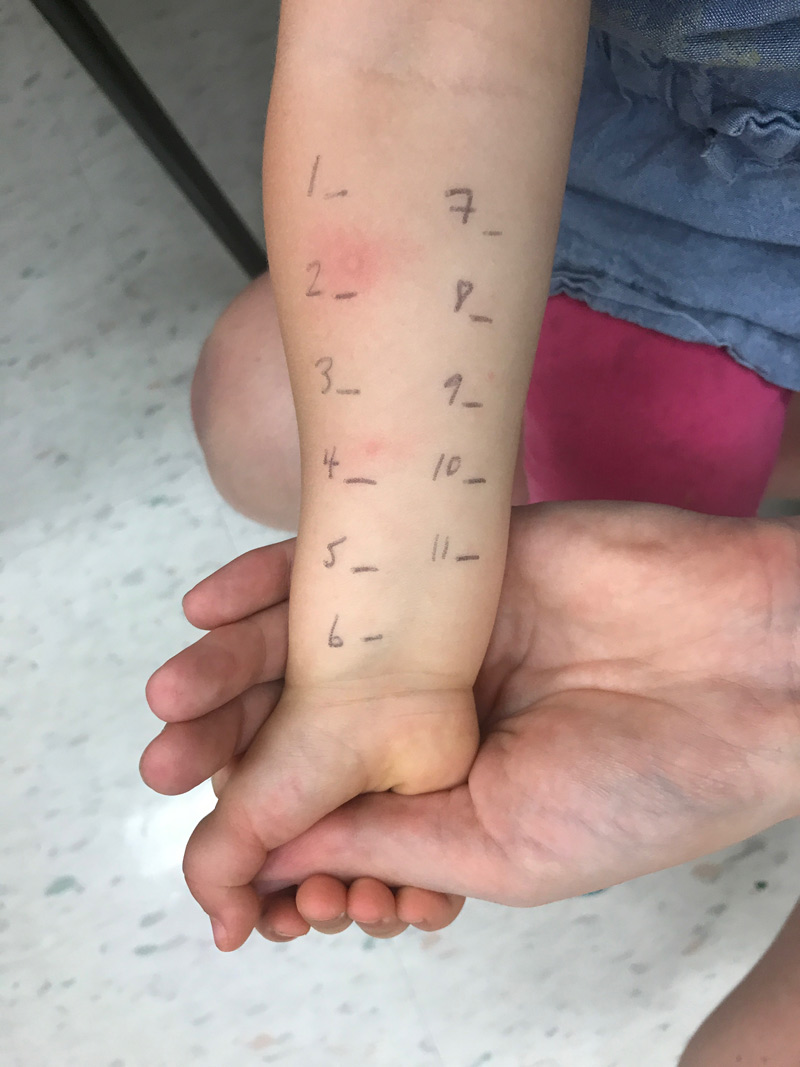 Almost 1 year to the day of her near-anaphylactic trip to urgent care for breathing in peanuts, we had a regular follow up allergist appointment. Isla is almost two. She skin tested negative for everything. SHE TESTED NEGATIVE… for peanut, tree nut, dairy, and egg. She is no longer at risk for anaphylaxis and we are to start introducing these foods when we feel comfortable. We are no longer granted an epipen prescription. She’s finally been sleeping through the night after a year and a half of being so unsettled. And weirdly, she seems less rambunctious and destructive (no idea if there is a correlation here). This disabling issue is no longer a cornerstone in our life. This changes everything.

Why am I writing this? Because this is the article of hope I was looking for one year ago. My motherly instinct told me that the doctor’s orders weren’t going to work for my allergy kid. I did my own research. Had a few great conversations with very knowledgeable people, and did what I felt was right.

Will this work for your kid? Maybe. Maybe not. Who the hell really knows. Of course, I could have done nothing. Or I could have continued to follow my doctor’s recommendations to force feed the allergens to my kid. Maybe we’d still be terrified to leave the house? Or maybe she would have been “cured” no matter what, because that’s just how allergies are? Either way, maybe the “Isla-friendly plan” will be something you’d want to try, because maybe you’ve tried everything else. Or maybe you want a holistic way to try to cure allergies.

And of course I can’t end this on a completely high note. Only 10-20% of kids with severe peanut allergies grow out of them. Be aware of kiddos and parents everywhere who may be struggling through this. Wash your kids’ hands before you let them play on a playground after they eat an innocent Uncrustable. Be aware of classmate’s food allergies, and please don’t think of them as a burden… your allergy-friendly snack is just keeping them safe, and letting their parents breathe a much needed sigh of relief that their kid is going to be ok that day.

And lastly, pray, wishbone, hope, or cross all your fingers that our dear friends Gregory and Vincent outgrow their life-threatening food allergies. I believe, and can report, miracles do happen.

FOR PART TWO… CLICK HERE. Things unfortunately did not go as planned when we introduced food allergen that our child tested negative for. 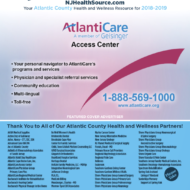 Thank you for your time today. I’m lucky to work with such great people!